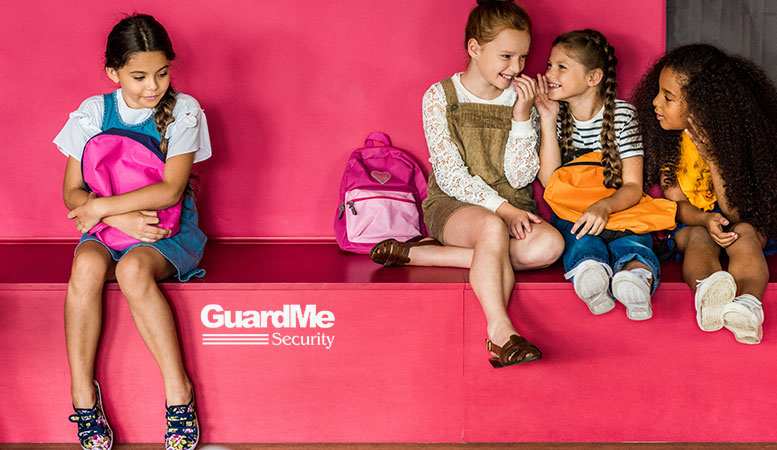 With the increased focus on bullying throughout schools and families over the past decade, we thought it would be a good idea to join the organizations and businesses that are promoting National Bullying Prevention Month.

Bullying – when defined as a power imbalance characterized by the intentional, physical or psychological mistreatment of another person on a repetitive basis – happens to around 2.7 million children and teens a year, according to the website BullyingStatistics.org. Bullying behaviors can vary from hitting, shoving and restraining to name-calling, threats and intimidation.

Of course, modern parents are now faced with the added challenge of protecting kids from cyberbullying, which can be equally as damaging as in-person bullying; in fact, some high profile cyberbullying cases over the past few years have shown us that cyberbullying can actually compel children to commit suicide. It may be tempting for adults to roll their eyes at the new focus on bullying; after all, didn’t previous generations have to deal with it, too?

But according to Dr. Bob Wilmott, Chief of Pediatrics at SSM Cardinal Glennon Children’s Medical Center, it’s important to take bullying seriously and not just brush it off as something that kids have to “tough out.” “The effects (of bullying) can be serious and affect a child’s sense of self-worth and future relationships,” he said. If your child tells you he is being bullied, “Praise your child for being brave enough to talk about it.”

Other actions you can take include:

Focus on your child.

As opposed to focusing on the bully, that is. Although you are upset, your primary concern should be offering comfort and support your own child first, rather than plotting retribution on the bully.

Remind him he’s not alone

A child who is being bullied needs to know he is not alone. If he understands that bullying is something that happens to lots of kids, that may help minimize his inclination to think that something is “wrong” with him.

Talking to the bully’s parents may be useful in some situations, but most experts recommend asking the school for help first. Getting the support of someone at school who cares enough to get involved can be one of the most effective ways to intervene in a bullying situation.

Hopefully, these tips will be helpful to parents who are concerned their child may be experiencing bullying. Of course, we can’t directly protect your children from bullies at school – all we can do is help you protect them while they’re at home. If you need information on a smart, intuitive security system designed to shield your family from break-ins, contact GuardMe Security today.

Follow Us
Craig Metzger
President at GuardMe Security
Craig is the President of GuardMe Security, a top security company providing home and business alarm systems to the residents of New Jersey and across the country.